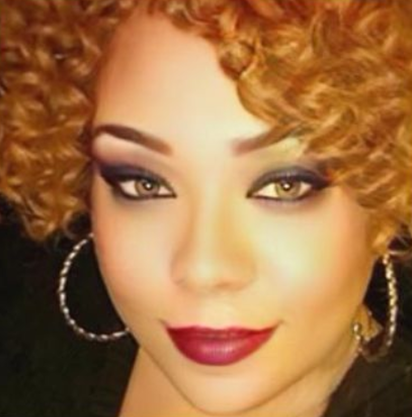 Dorothy “Dot” Harris was born and raised in Philadelphia. She is the mother of two young men. With her BS in Business Administration, she has become an entrepreneur, author, playwright and motivational speaker. She is also a proud graduate of New Life Bible Institute Missionary Training School.

Ever since Dot could remember writing has always been one of her passions. She started writing poetry and short stories at a young age and as her skills increased, she began to write sermons, songs and skits for the church. However, tragedy struck her at the tender age of 17, that forever altered her life. Things quickly went from joyous to a nightmare. Before she could enjoy the new life, the day after giving birth to her first son, she woke up unable to walk. The doctor’s found Cancer on her spine, and an emergency surgery was performed. After the surgery, she became a paraplegic. However, now with prayer and countless hours of physical therapy, she is able to walk with canes. This tragedy in Dot’s life would have stopped many in their tracks but she did not allow this circumstance to determine her destiny. In fact, many people tell her that she motivates and inspires them and that helps her to keep going and fighting every single day.

Dot wrote and published her first novel “Jail House Letters” in 2014. The completion of this first project spurned her on to work harder to accomplish her goals. In 2016, She wrote, directed and produced her first full stage production “A Gentleman A Lady and A Thug. A year later 2017, her stage play, “Tears of a Woman” was nominated for the best stage play of Philadelphia.  In 2018, she wrote, directed and produced the stage play “Seven” for Calvary Christian Church under the leadership of Pastor Robert J. Fontell, Jr. In 2019, she ventured out and started a live show called “Dot’s Inspirational Segments”, where she encourages people to become a positive factor in their communities. The show can be viewed via her YouTube Channel or her Facebook Page. In 2020, she wrote, directed and co-produced " From Tragedies to Triumphs, The Movita Johnson- Harrell story. Which tells the life story of the former House of Representative.

Besides Dot’s first love of writing she also has a heart for the youth and helping people in any way that she can.  Currently, she is working on a non-profit center that will be a safe haven for the youth and a place for families to enjoy family time. Her motto is ‘the youth comes first and family matters.’
​
Dot is a proud Christian and a member of The Word Church of Philadelphia where Pastor Jeffery T. Tate and Evangelist Lois Tate are Pastors. She is a youth leader, Sunday School Teacher and serves as the Executive Administrator to The Pastor and The First Lady.  She is a member of Delta Mu Delta, Philadelphia Dramatics Center, and Dramatics Guild.  Some of her hobbies include eating seafood, karaoke, spending time with her loved ones, and being creative.  With all that life has and is, throwing her way she says, “I guess God is giving me something else to write about because I have learned to turn my lemons into sweet pitchers of pink lemonade”.  Her life scriptures are Philippians 4:13 and Joshua 1:8-9.

You will hear Dot say, “this is just the beginning of my career, with God on my side there is no limit to my gift of writing”. Check for her in the near future for more novels, plays, T.V. series, and movies.
​